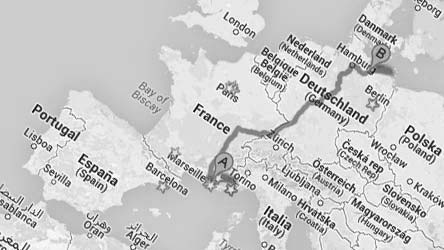 Between January 2011 and December 2012, Graphistes de l’ombre had the opportunity to collaborate with VSP Ggmbh Schwerin (Germany), thanks to a Grundtvig partnership granted by the European Education and Culture Executive Agency of the European Union.

.We interviewed and compared in each country ten social projects on the field of the environment, located in the urban area surrounding Marseille, France and in the Mecklenburg-Vorpommern region, Germany.

All the interviews were disseminated on videos translated in French and German, and through a brochure.

We would like to thank the communities that have welcomed us and hope that the document collection, video testimonials and photographs will contribute and inspire your own environmental enterprises.

Ten years after the project, we haven’t found other opportunities to work with VSP… Despite the great kindness of Thomas, this partnership was not so easy because of some linguistic considerations : as ex east Germany, English was not so spoken in the Mecklenburg-Vorpommern region, and an interpret was required at almost every steps.

Beside the topic, the differences of situations between the German and the French organisations were flagrant : the first ones just began to worry about the increasing precarious conditions of their activities, meaning for them that their subsidies progressively came to a three years usual renewal, while most of the second ones were already granted in a yearly or less mode, meaning that they were much more precarious and in short term emergencies.

This probably explains why the last step of the project, consisting in directly putting in touch some organisations of the both countries, in order to help them to build European partnerships and learn from each other in a more operational way, was not successful.

What remains of all this according me is an inspiring overview of how environmental practices can not only contribute to save the planet, but also to (re)build social links and job opportunities in European communities.

Graphistes de l’Ombre fully took advantage of this opportunity to conceive and take part in several following projects, like COOPCOM GREEN JOBS, ENOUGH FOR EVERYONE, FOREVER or the implementations of EURO ACTORS FOR ENVIRONMENT and enlarge its expertise to accompany project holders and to be a relevant associated partner of new environmentally turned Erasmus+ projects